This project is strategically located near different gold
deposits, discovered along one of the most prolific
gold faults in the world.

Fokus Mining Corporation concentrates its effort on the Galloway project, more precisely on the “Golden Triangle”. This project is located along the Cadillac-Larder Lake Fault, where you can find numerous mines and deposits from the mining camps of Kirkland Lake, Noranda, Cadillac, Malartic and Val-d’Or.

The Galloway project consists of three mining concessions and 95 claims covering a total area of 2,668 hectares. The property is the result of the amalgamation of many claims blocks along a 3-km-wide corridor of gold bearing structures, over a total length of 10 km along the Larder-Lake-Cadillac Break (LLCB).

MORE THAN 100 MILLION OUNCES OF GOLD WERE
EXTRACTED FROM THESE MINING CAMPS IN THE LAST 100 YEARS. 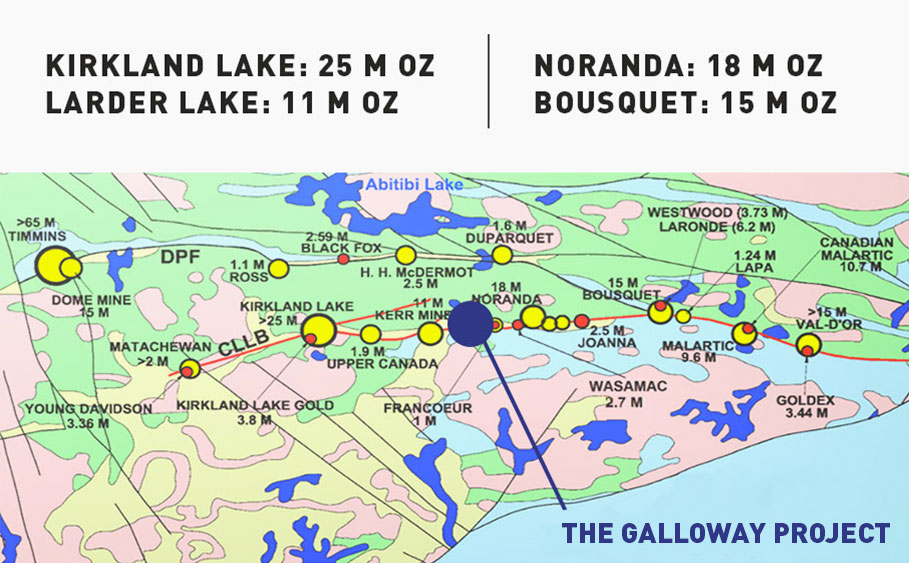 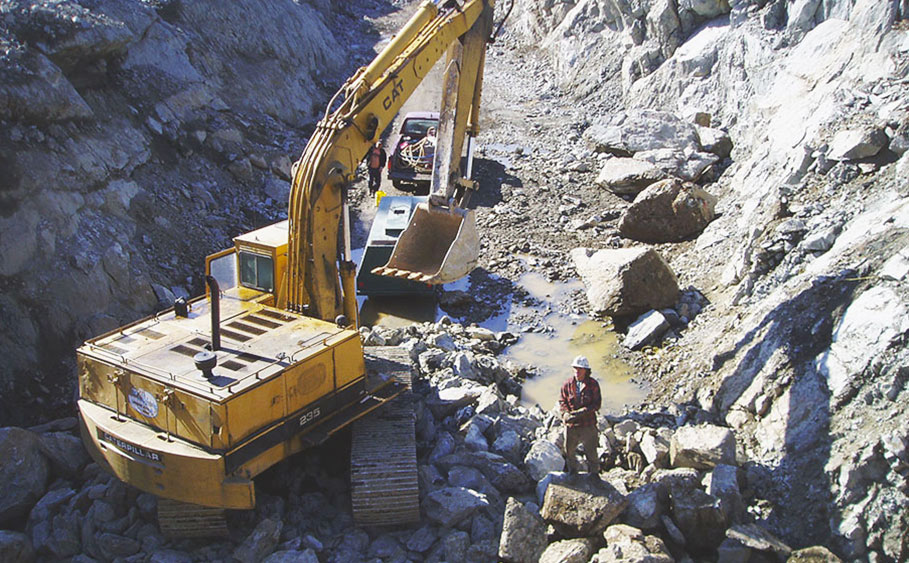 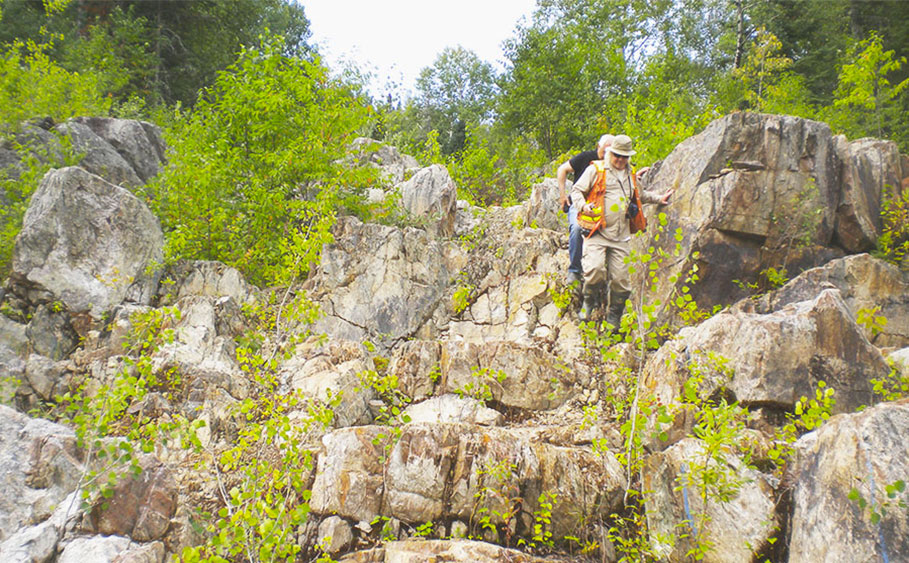 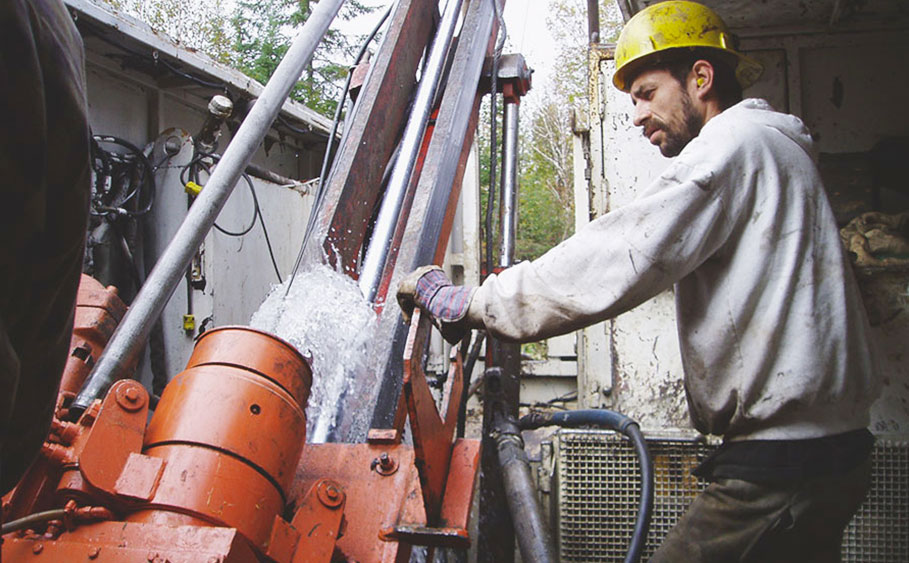 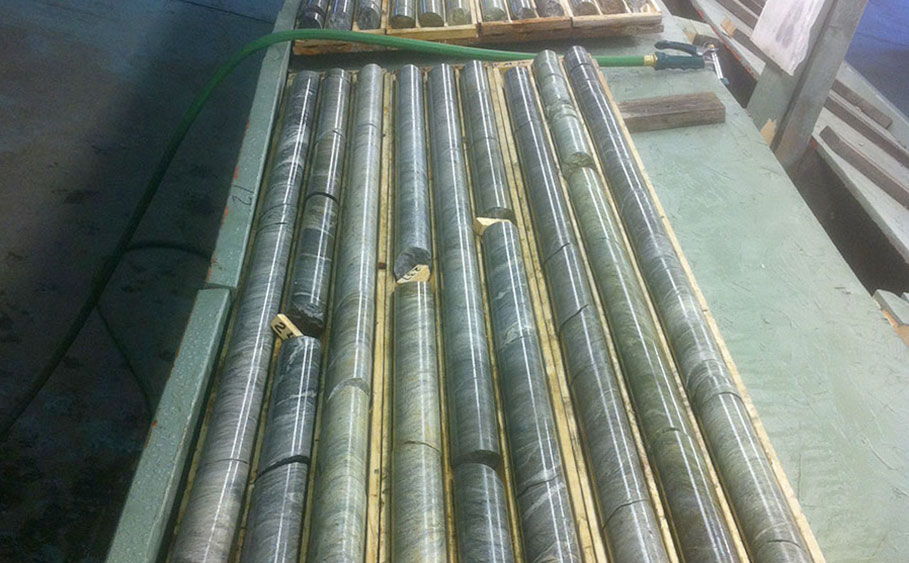 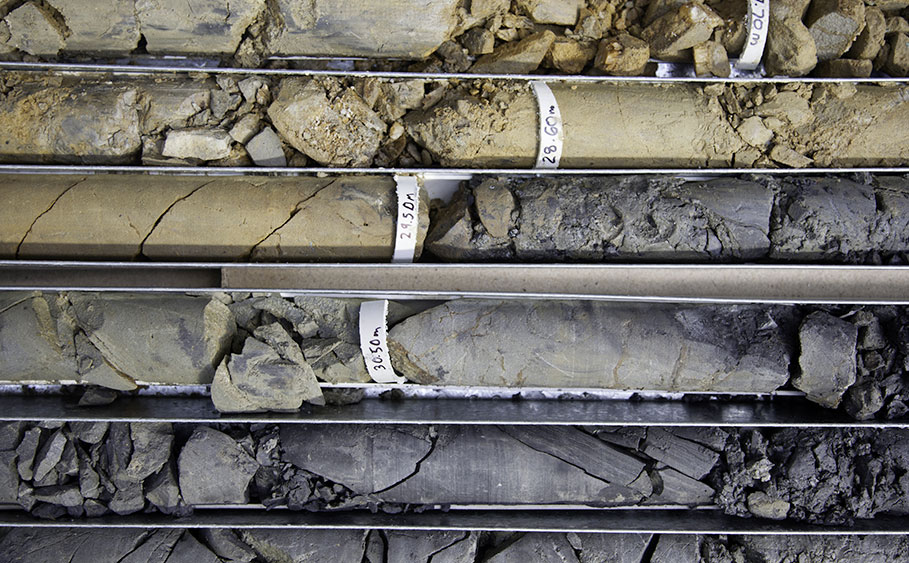 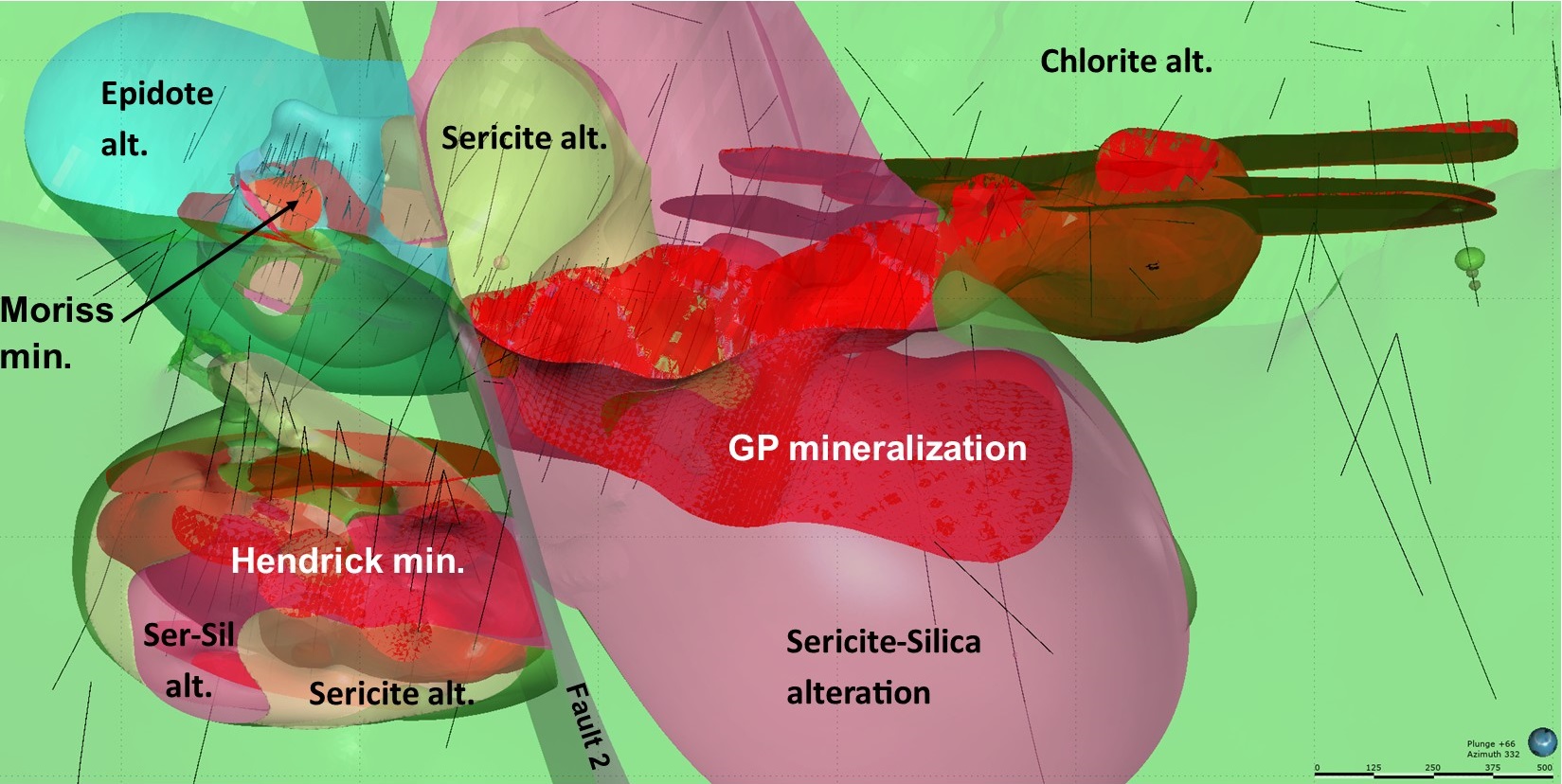 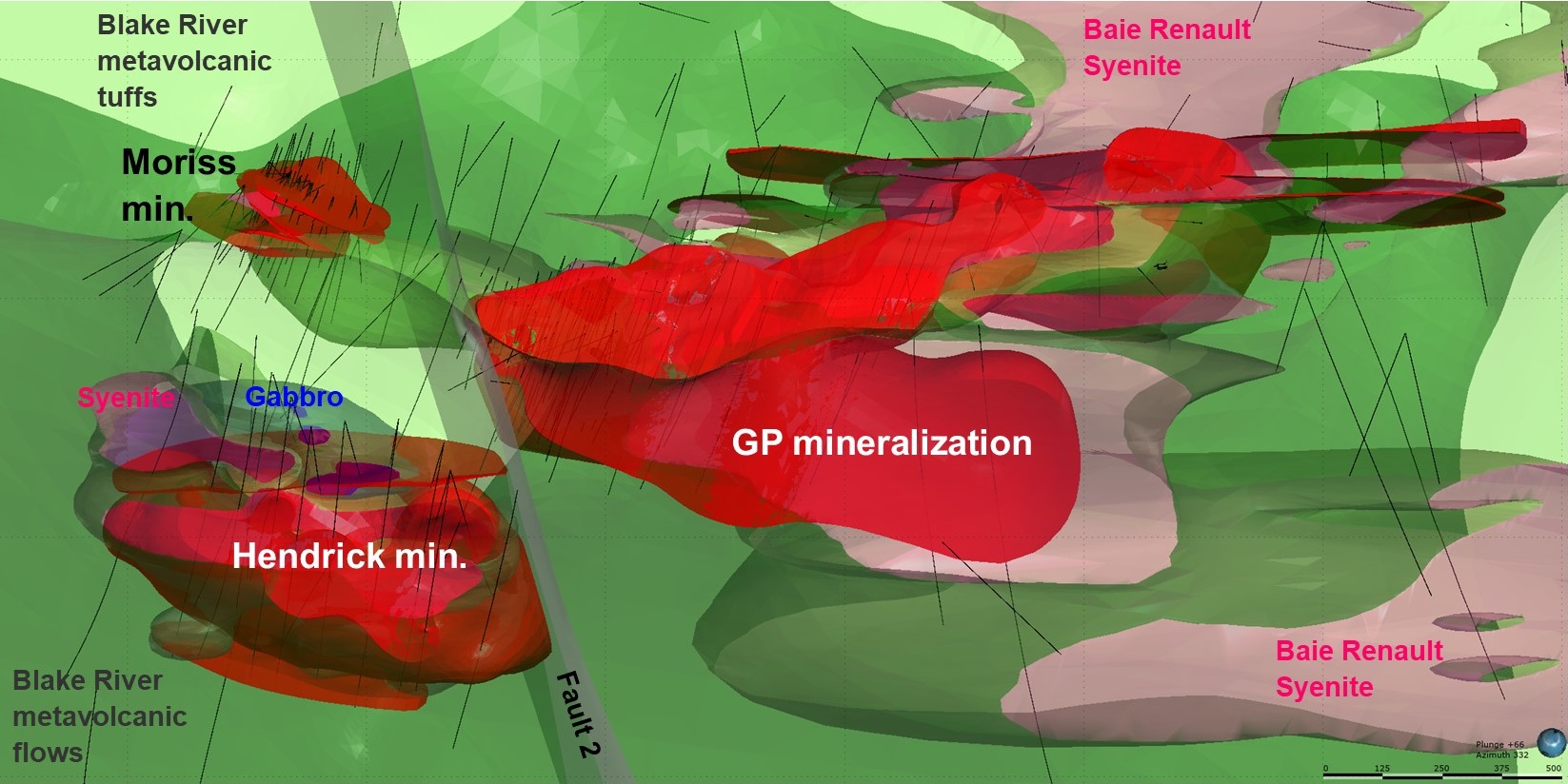 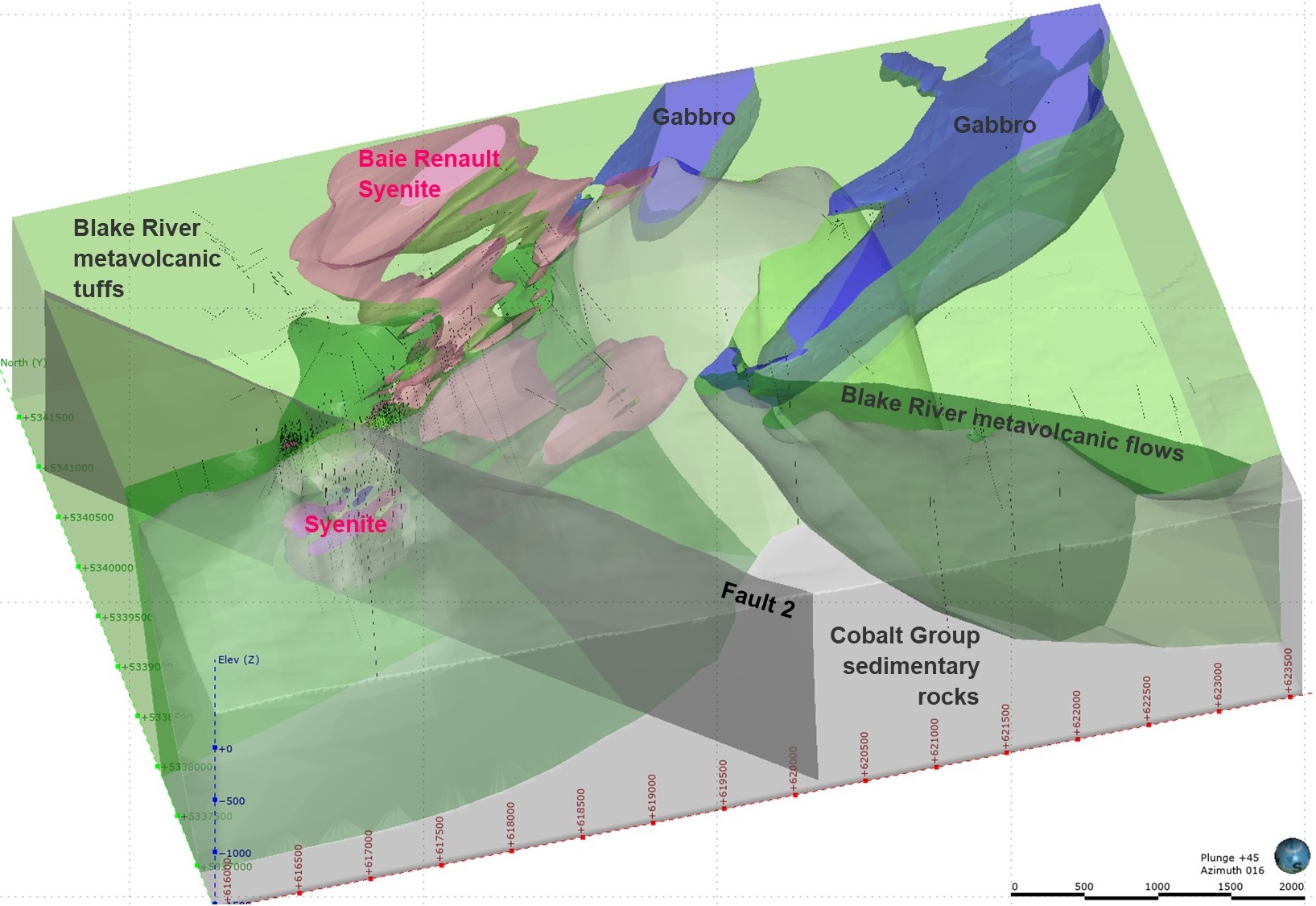 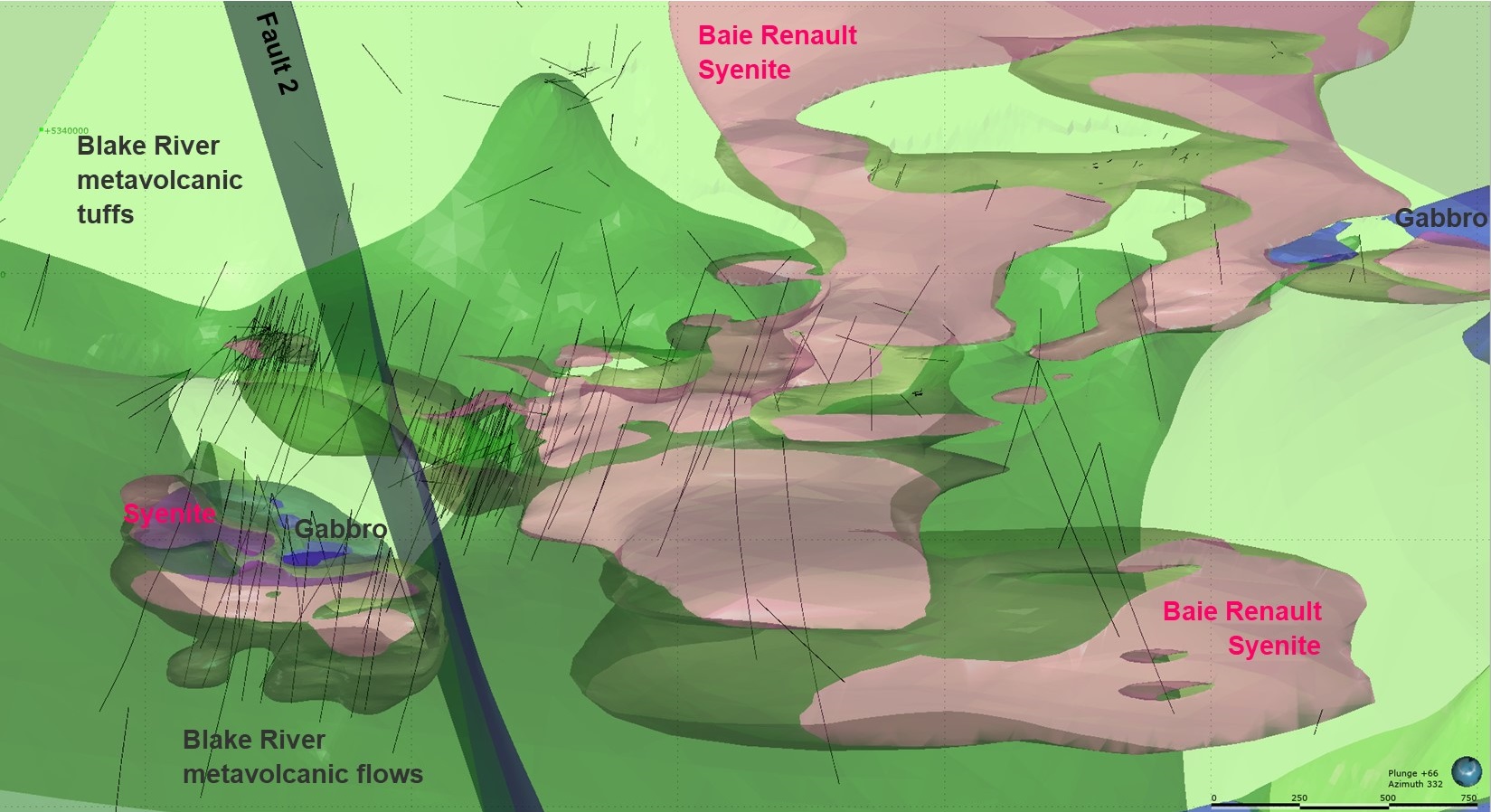 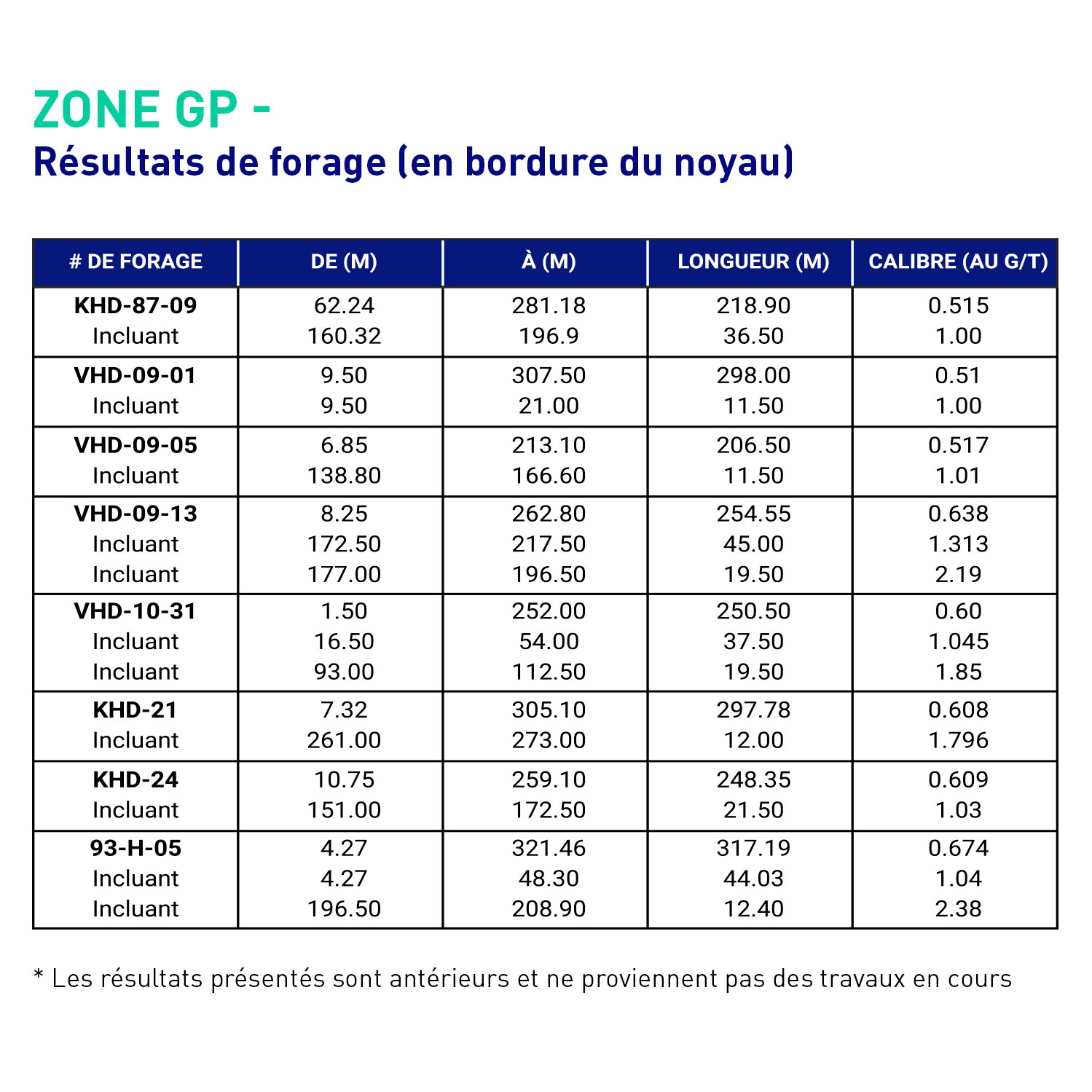 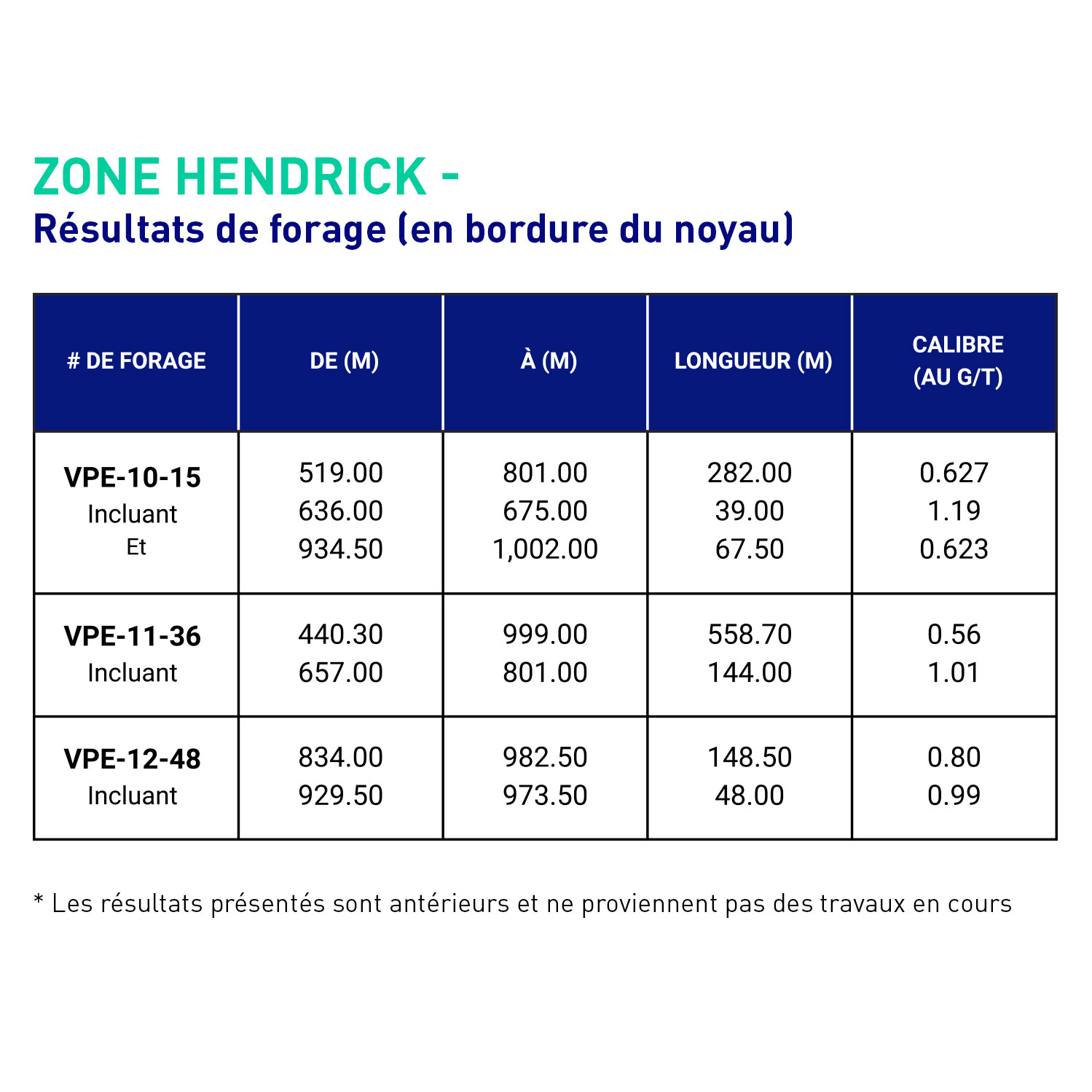 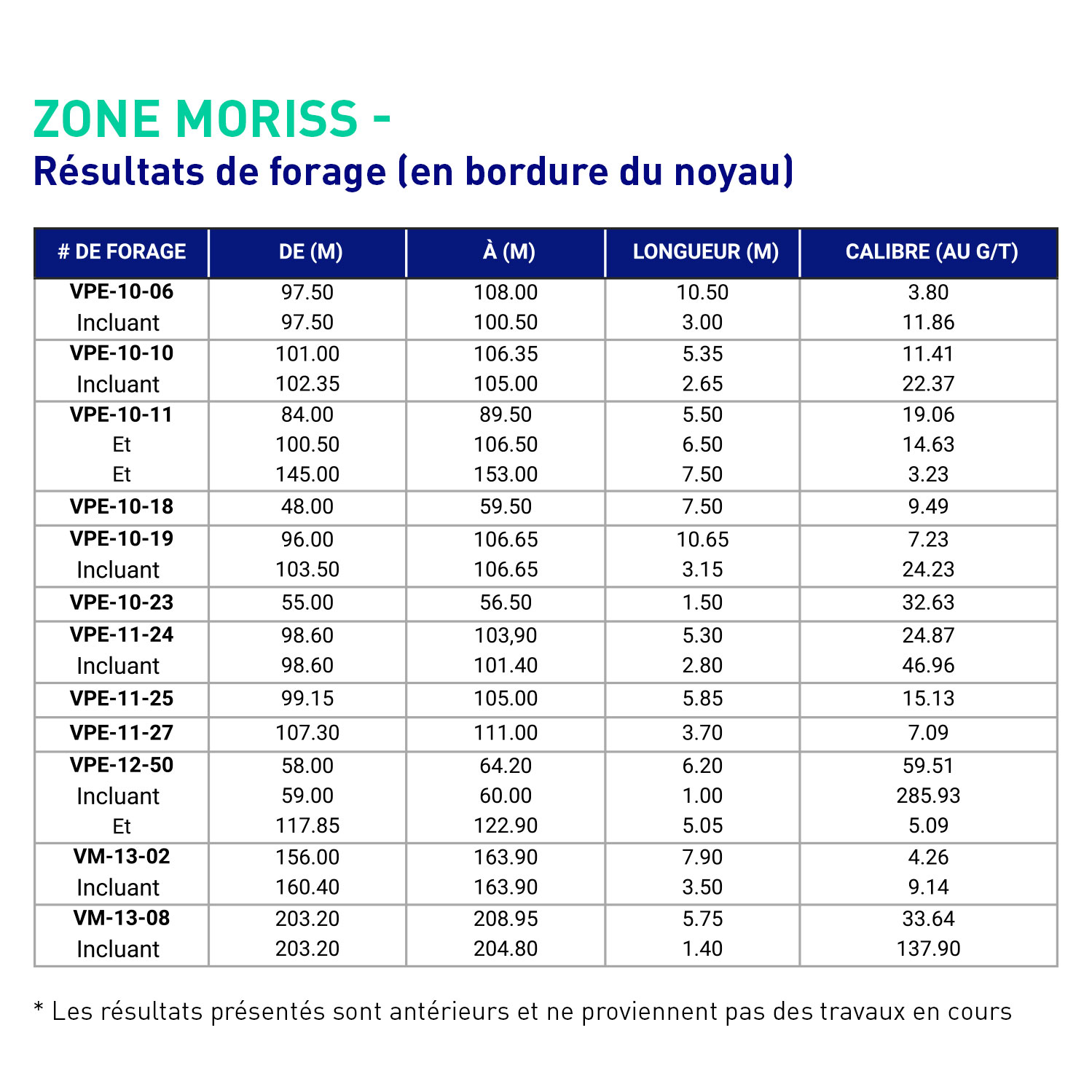 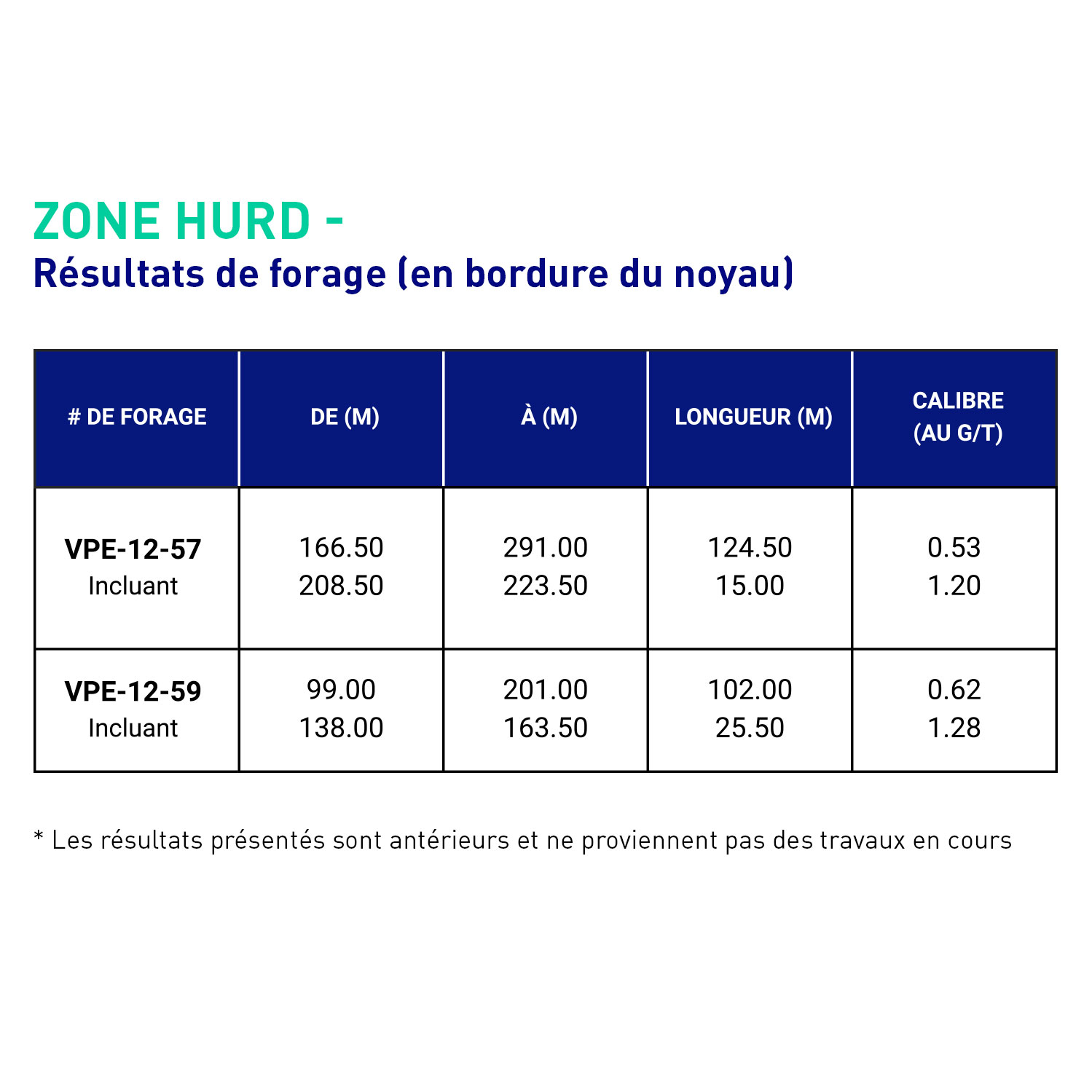 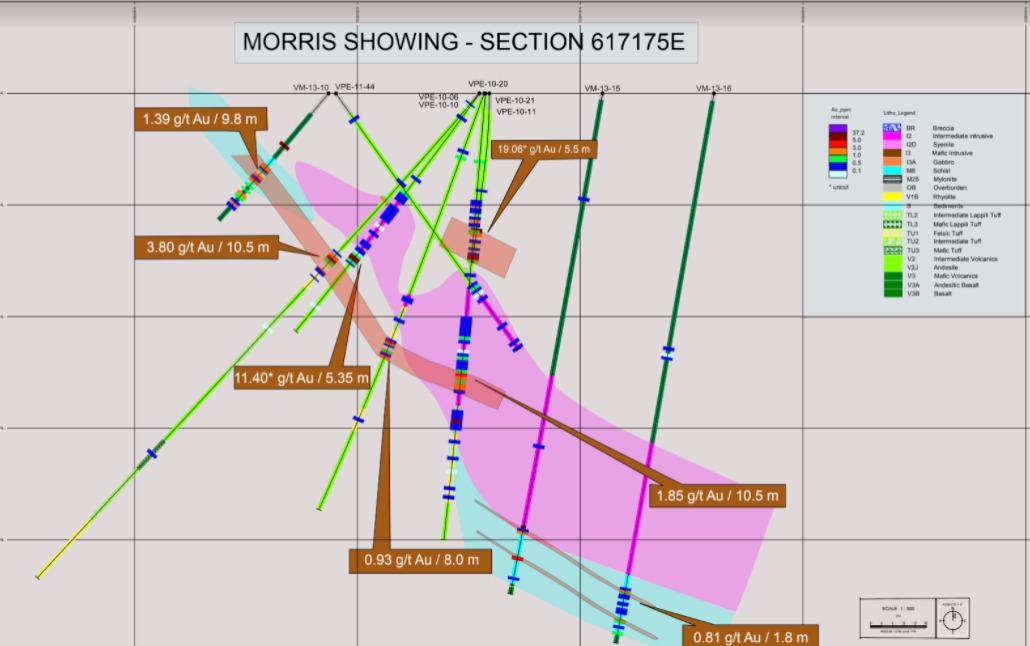 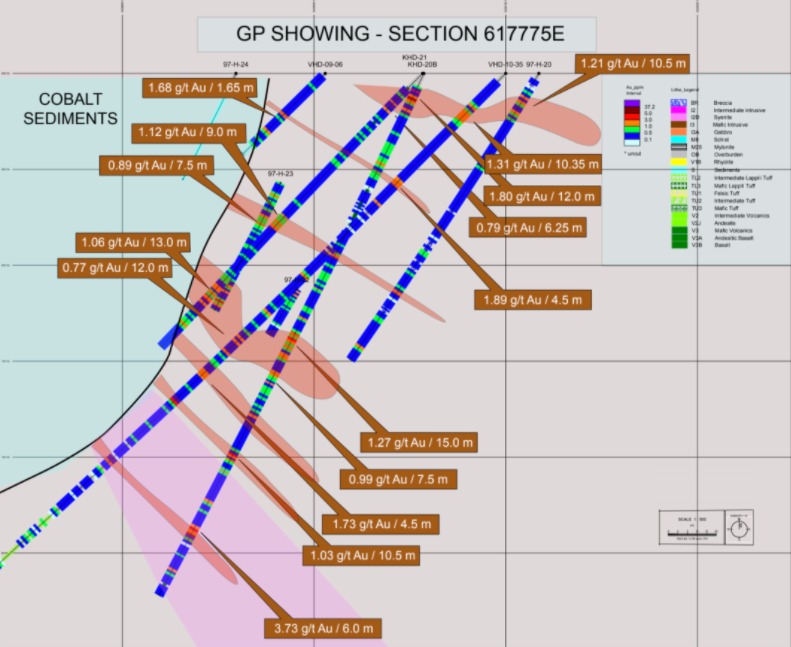 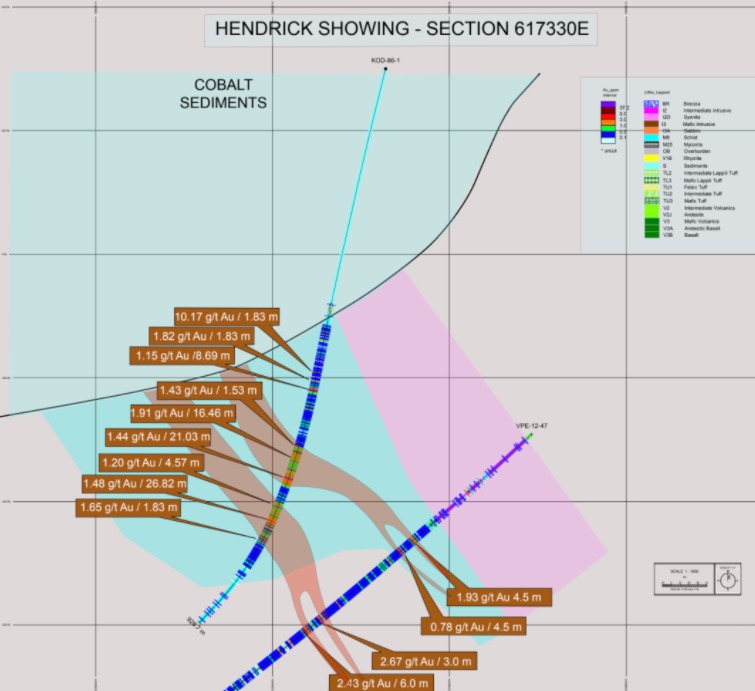 The Galloway property is situated in one of Canada’s most prolific mining regions. Many major mining projects have achieved impressive drilling results in the area.

The four main showings (GP, Hendrick, Moriss, and Hurd) could be connected on the surface and underground. All together, they represent an important gold deposit potential. 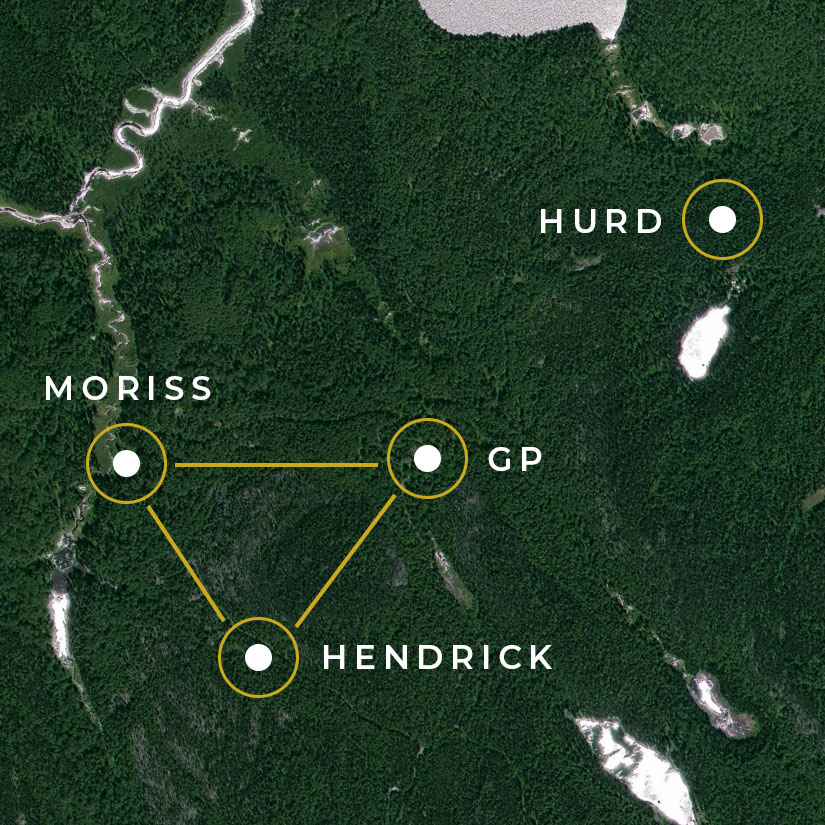 The Galloway property is less than 30 km west of the Rouyn-Noranda mining district and is easily accessible via Trans-Canada Highway 117. It consists of three mining concessions and 95 claims covering a total area of 2,668 hectares. The Galloway property is the result of the amalgamation of the Hurd, Ogima Nord, Renault Bay, Sandborn, Perron, Cadillac, Francoeur and Lac Fortune claims blocks. Together, they cover a 3-km-wide corridor of gold bearing structures over a total length of 10 km along the Larder-Lake-Cadillac Break (LLCB). 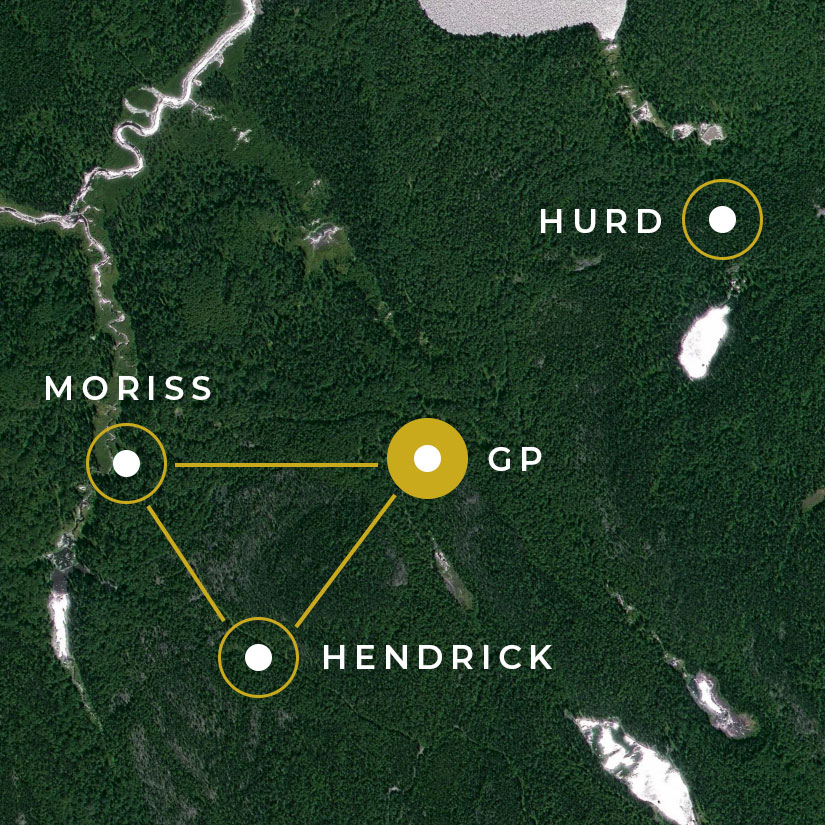 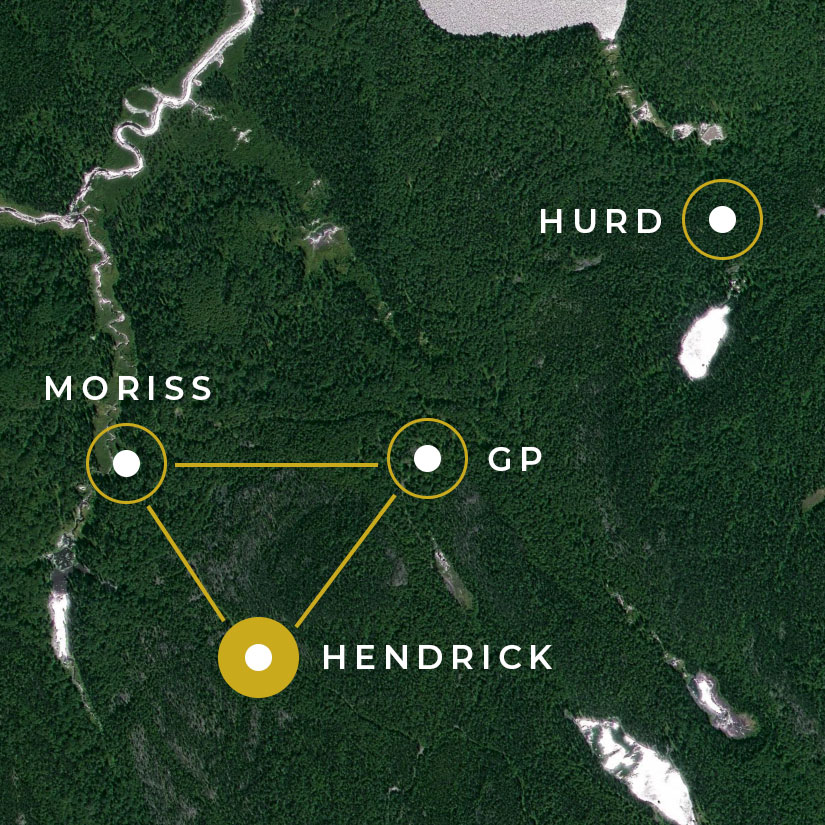 The Hendrick showing was discovered by Kerr-Addison in the 1980’s. It is located some 500 m south of the GP and Moriss zones. The Hendrick zone is genetically related to the Renault Bay syenite as it lies within or in close proximity to what seems to be an apophysis of the intrusion. Drilling to date have intersected the zone over 700 meters long with a thickness of up to more than 500 meters, with thickness increasing from north to south. Gold equivalent grades are increasing from south to north. Intersected for the moment between 500 and 1000 m deep, the Hendrick showing remains open in all directions. The gold-bearing zones are found within porphyric dikes enriched in Au, As, Cu and Pb. Pervasive silicification and local hematization are present within the dykes. Hole GA-21-10 intersected 0.84 g/t AuEq over 367.45 m and Hole-21-53 intersected 1.18 g/t AuEqover 312.0 m. 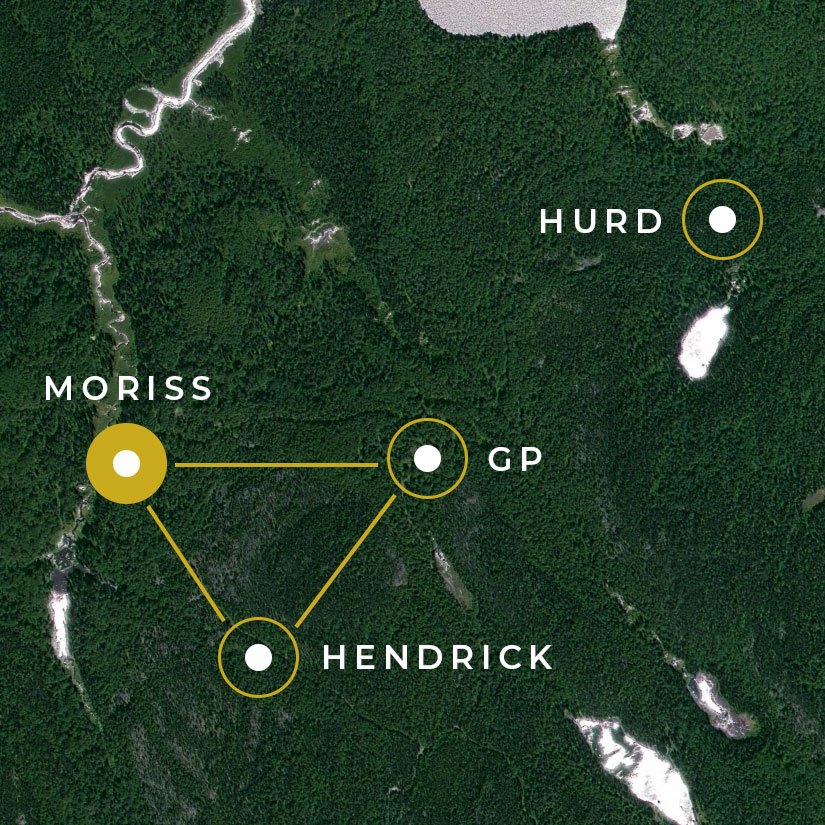 The Moriss showing lies about 500 m west of the GP showing. It is spatially associated to an apophysis of the main syenite intrusion. The Moriss showing was originally identified as a geophysical target in 2009 and was discovered by drilling in October 2010. It is actually a composite occurrence: there appears to be three main gold-bearing zones, 1.5 to 10.5 m thick, at the near-surface level (North zone), 60-70 m depth (Moriss zone) and at 115-135 m depth (New zone), though several deeper holes have intersected up to 5 discrete gold-bearing structures which warrant further investigation. It is notable that coarse gold is often found in the Moriss showing. Many assays over 30 g/t Au are found in the Moriss zone with an uncut interval of 59.51 g/t Au over 6.2 m in hole VPE-12-50 (with an individual assay of 285.93 g/t Au over 1.0 m). Free gold is found in pyrite-rich smoky quartz veining, breccia and stockworks within nearly massive intermediate tuffs.

The property lies within the Abitibi greenstone belt, a subprovince of the Superior structural province. The oldest rock belongs to the Blake River Group which is comprised of mafic to felsic volcanic rocks (andesites being dominant) of tholeitic to calc-alkaline affinities. Numerous intrusions and syn-volcanic intrusions of all compositions intrude the Blake River volcanics. The Timiskaming Group, comprised of sediments and alkali volcanics, lies in erosional discordance above the Blake River. The Timiskaming is intruded by post Timiskaming lamprophyres, alkali porphyries, syenite porphyries, feldspar porphyries, monzodiorites, ultramafics and gabbro-diorites. Finally, the Cobalt Group sediments of Properozoic age overlie the two previous groups along an erosional discordance.

The three gold showings share almost all the same geological features. First, they are all associated with a porphyric syenite stock and its apophyses. Secondly, their mineral assemblage is characterized by the presence of pyrite with minor amounts of chalcopyrite and molybdenite. And finally, the higher grade lenses are all parallel to the apophyses of the syenite and plunging towards the main syenite stock. It is therefore suggested that the main control for the mineralization is the syenite intrusion. It is believed that the higher grade shoots are resulting from the brittle deformation along with the circulation of hydrothermal fluids that accompanied the setting of the syenite stock. 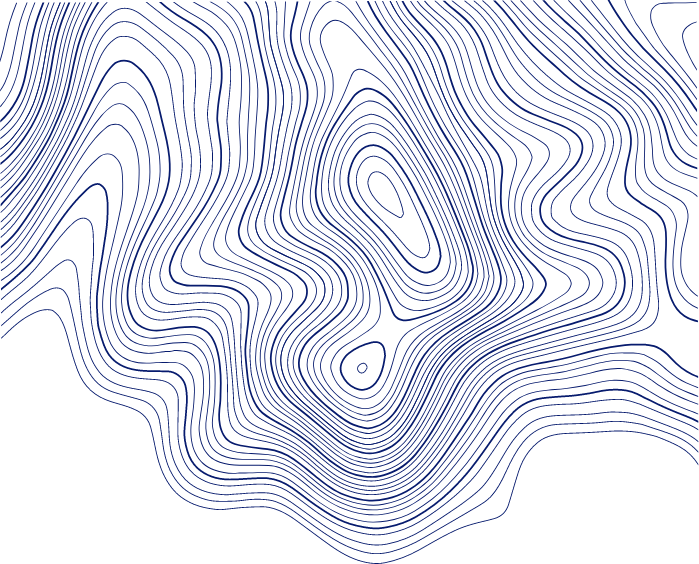 The airborne magnetic survey was flown in December 2020 and June 2021. Amongst the most significant results from the semi-qualitative interpretation using the tilt derivative filter map, the most relevant positive magnetic anomalies were delineated. There are circular anomalies that are interpreted as deep buried syenite intrusions as evidenced by drilling on the Hendrick gold zone. Over the survey area, the calculated depth mainly ranges from sub outcropping to slightly more than 1300 m.

The 3D Magnetic Inversion results correspond to mapping the bedrock based on the susceptibility contrast between the geological formations. All in all, among the key results to put into perspective following the analysis made from the inversion results we may already retain the anomalies of strongest amplitude are mostly linked to swarms of closely spaced bodies distributed along NE/SW, NW/SE, or E/W oriented beds/horizons. Referring to the inversion result, the associated targets/bodies are shallow seated and deepen with strong dips, whilst with a vertical continuity that appears somewhat limited for some of them. At first glance, we can suggest that their origin is linked to ferromagnesian rich bands of rocks hosted along faults and/or developed near altered and sheared geological contacts. It is noticeable that the known mineral occurrences are observed along the strike of these thin ferromagnesian rich beds. Referring to the available geological information, the associated signature would likely be due to the presence of magnetite, as it was apparently mentioned in the log of several historic drillholes. The anomalies of weaker amplitude are likely caused by broad bodies of deeper origin that one may interpret as indicative of the syenite intrusion. The inversion result indicates that the syenite is well developed at depth, whilst apparently composed of partially individualized bodies of variable geometry and size. To the northeast, the signature of the syenite body is not obvious to ascertain, whilst seemingly much less magnetic than the host rock. This should reveal a variation in its composition and/or a change in the nature or intensity of the alteration phenomena. 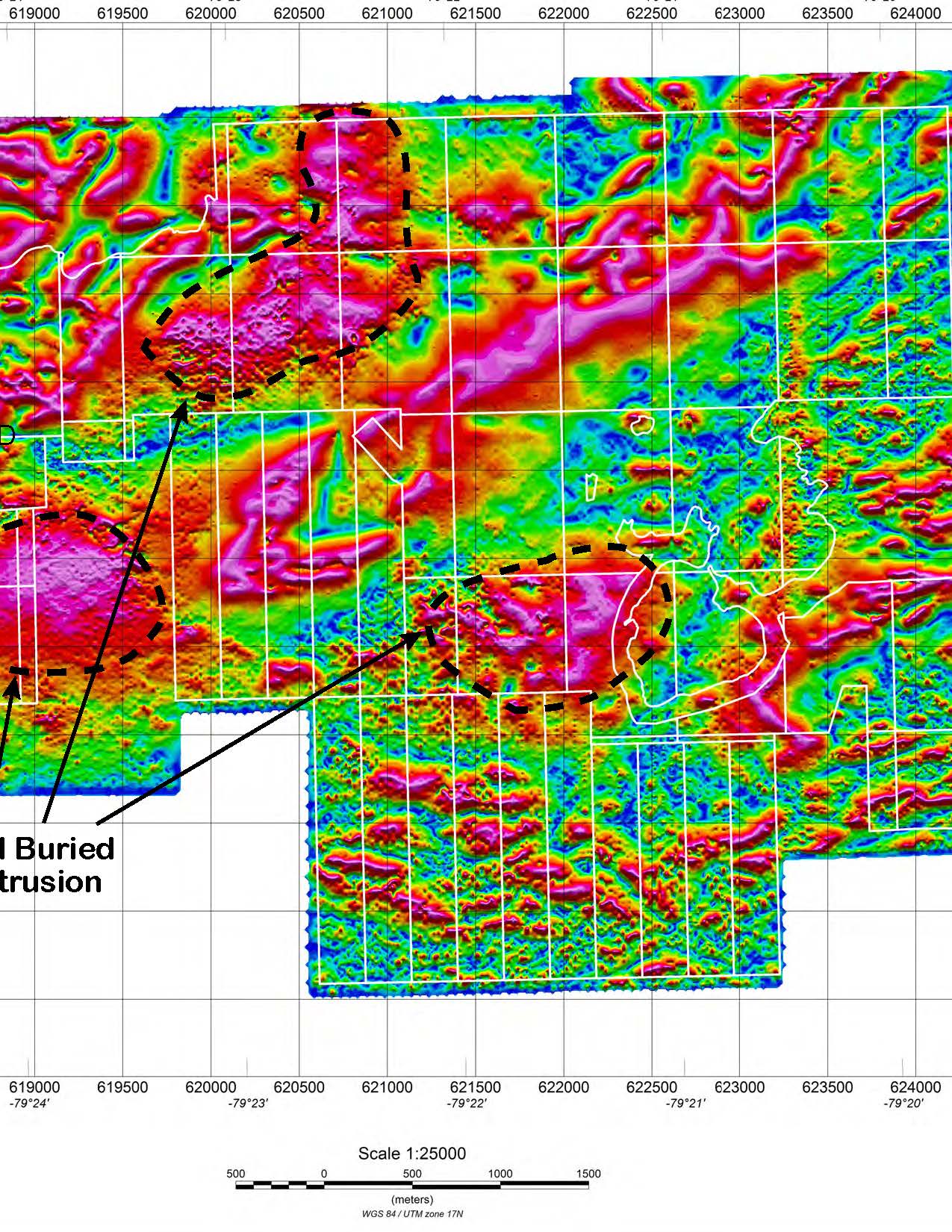 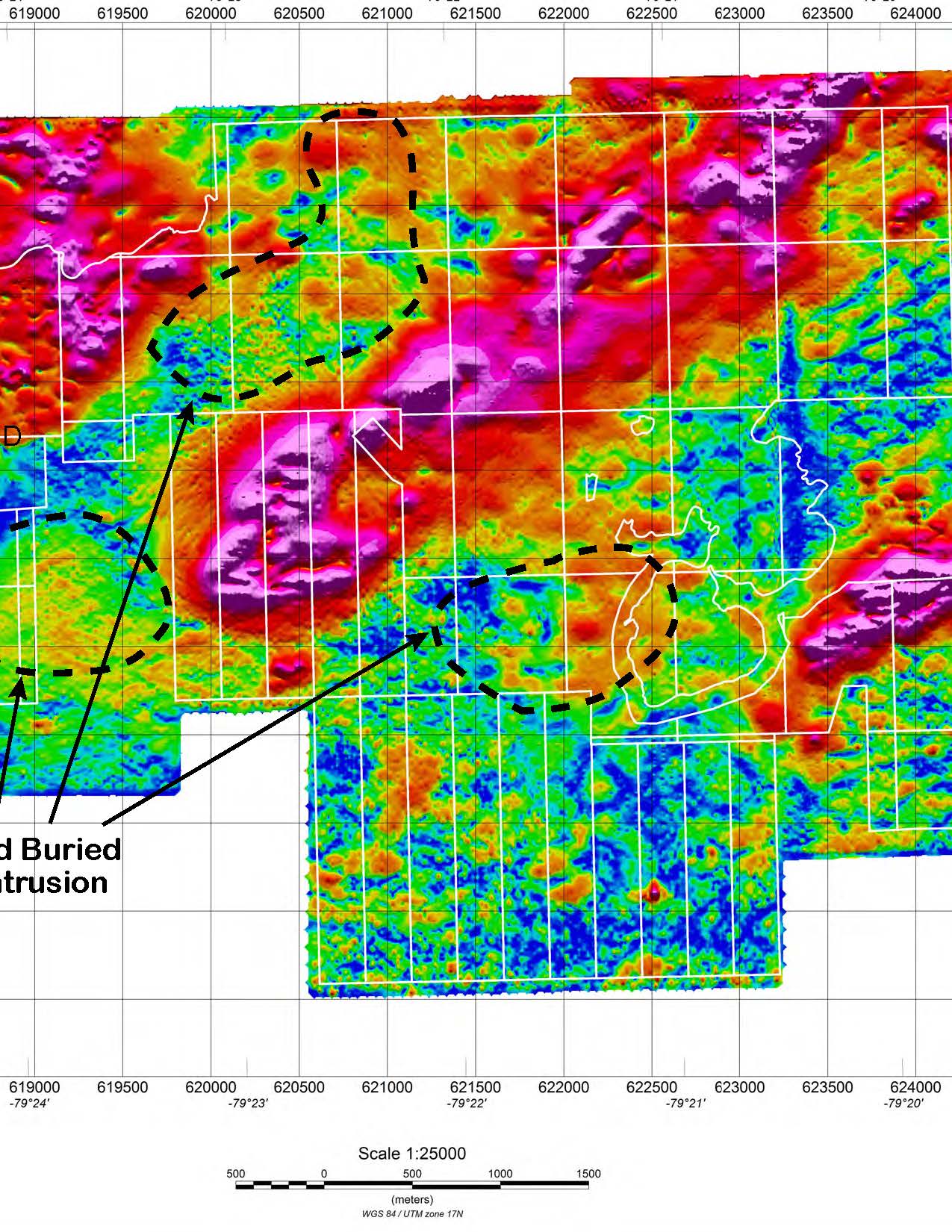 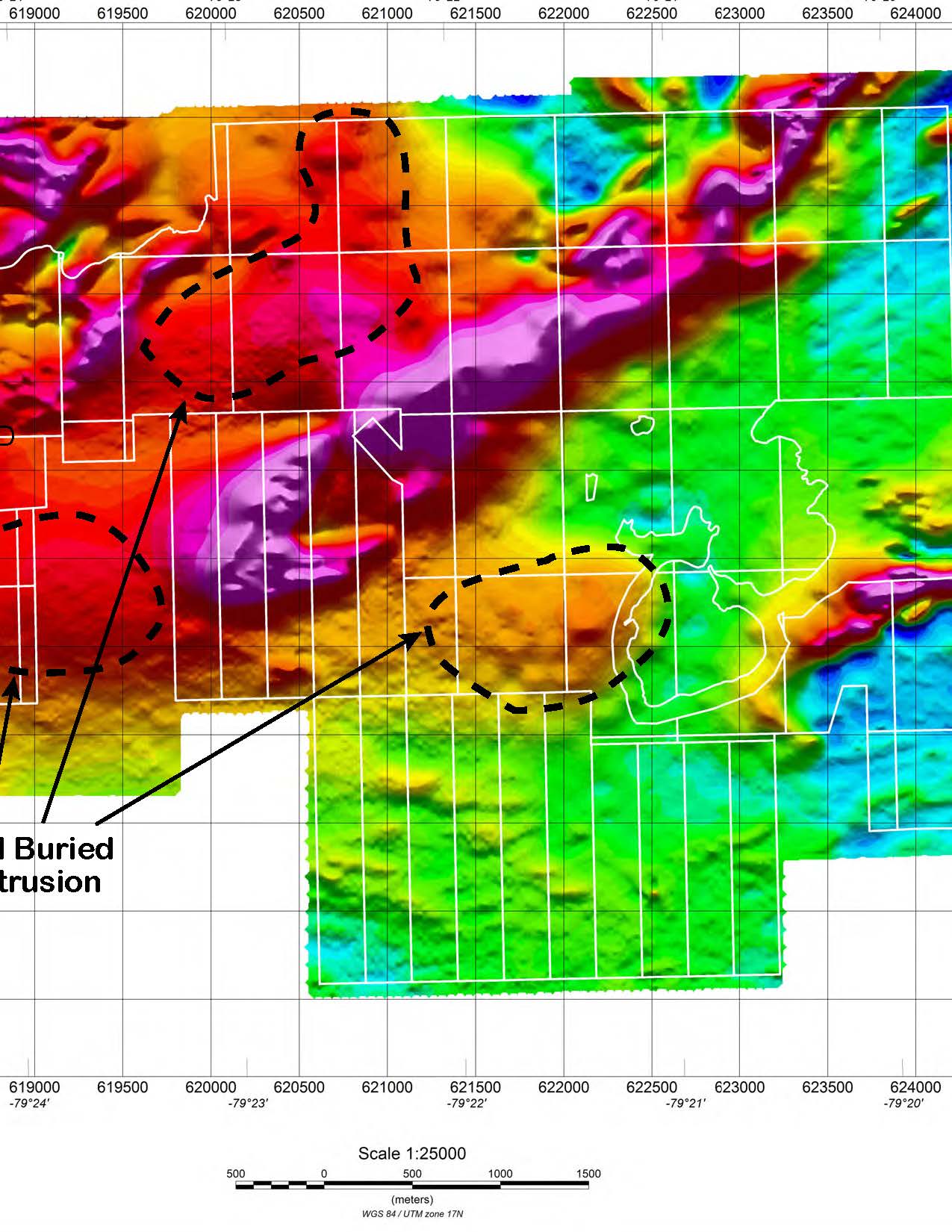 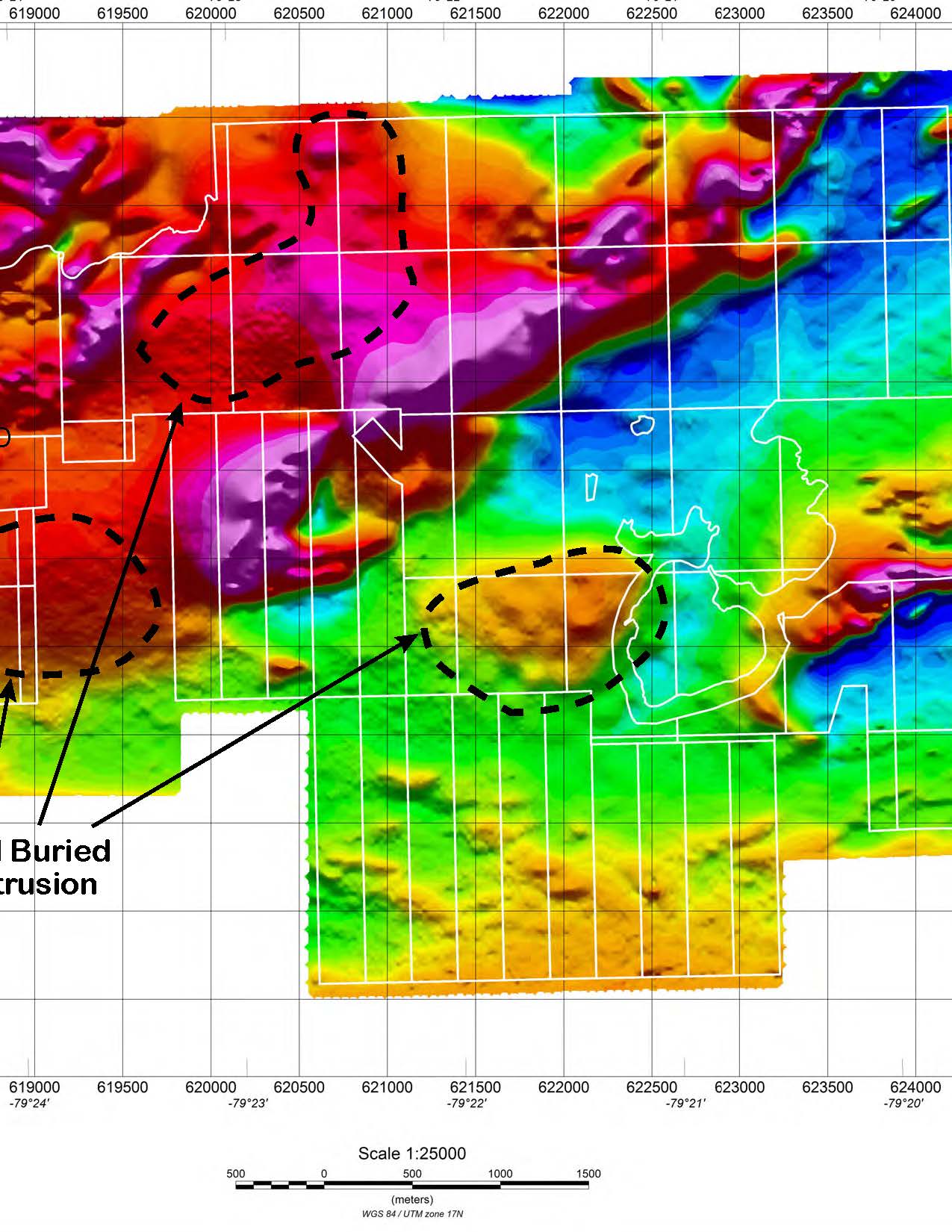 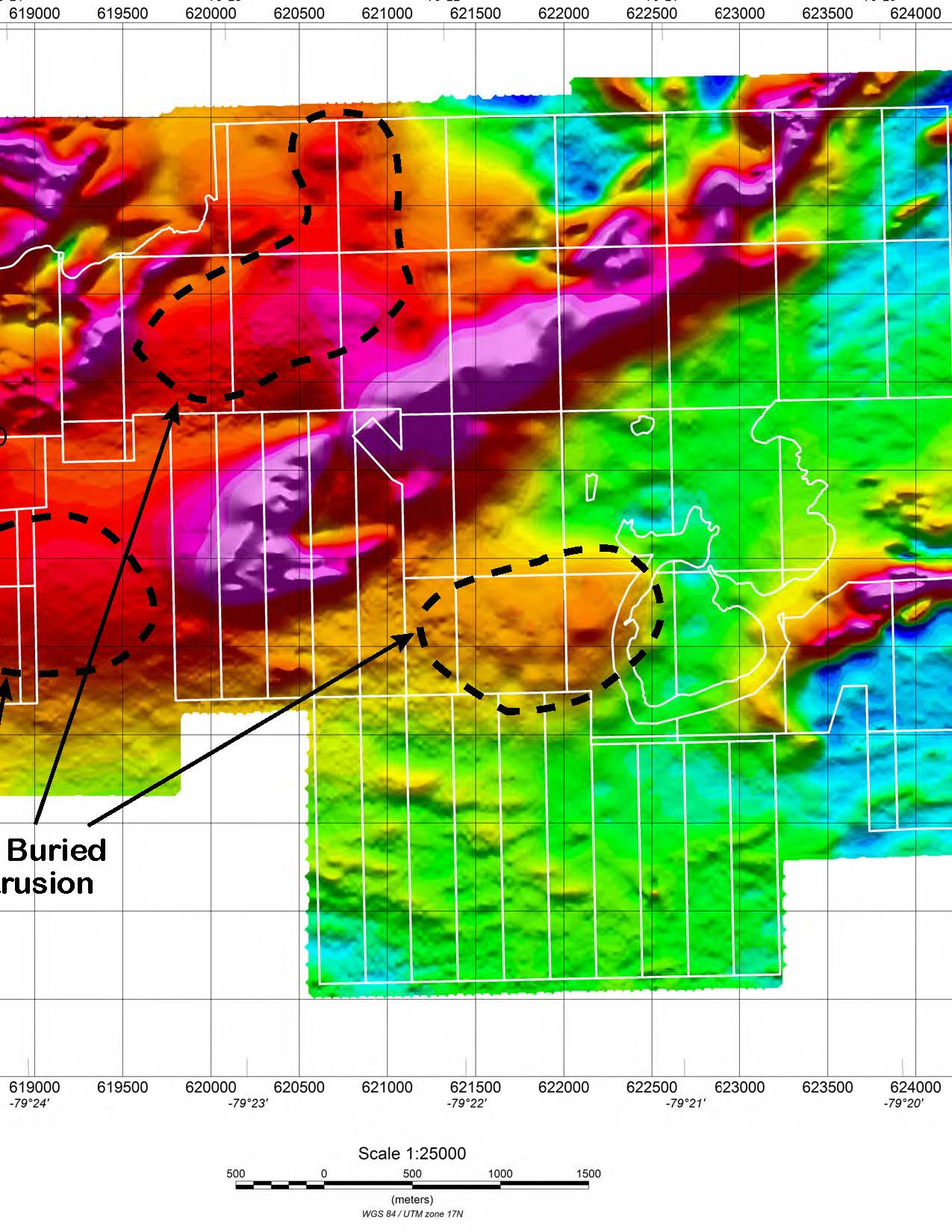 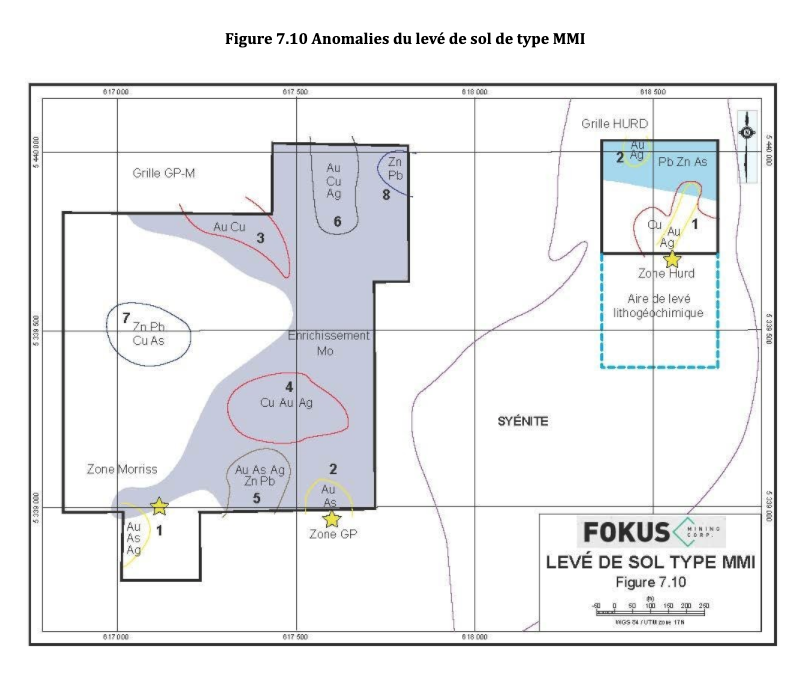 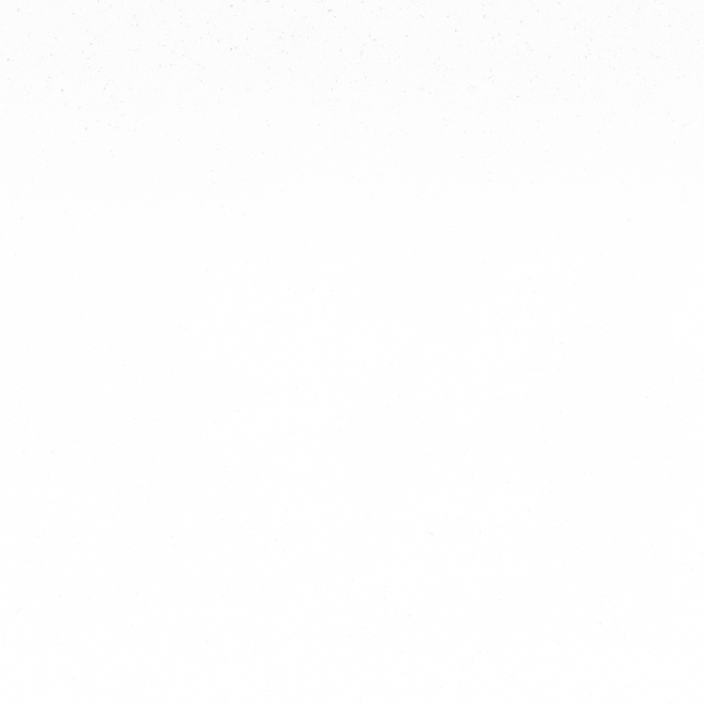 The MMI-type geochemical survey revealed the presence of several gold and Pb-Zn anomalies on the sampled grids. In addition, the survey confirmed the porphyry Au-Cu-Mo model as the predominant model related to the genesis of the gold deposits on the property. Figure 7.10 shows the 8 anomalies found by associated metal ions domain on the Galloway grid. There are also 2 gold anomalies on the Hurd grid. The Au±Ag±As anomalies 1 and 2 are located near the Morriss and GP gold deposits, confirming that the MMI method is a good prospecting tool on the project. Anomalies 3 and 4 are of the Au-Cu±Ag type and could be indicators of the presence of gold at depth.

Drilling in these areas would be necessary to verify the presence of gold. Anomaly 5 is between the GP and Morriss showings, and almost all elements except copper are anomalous in this area. It possibly indicates a deep connection between these two gold deposits. Anomaly 6 is very interesting, on the one hand due to the strong response ratios for gold, silver and copper. In addition, this anomaly is located just south of the Soaker Hill showing and could be its extension. Anomalies 7 and 8 are of the Pb-Zn type and their main characteristic is to be isolated and distinct anomalies of the “Bull’s Eye” type. They are perhaps indicators for volcanogenic type deposits found in the Rouyn-Noranda mining camp or skarn type, given the proximity of the Baie Renault syenite.

Request information about the Galloway project

Our dedicated team of experts will be happy to answer your questions and share their findings about the Galloway project and the Golden Triangle.